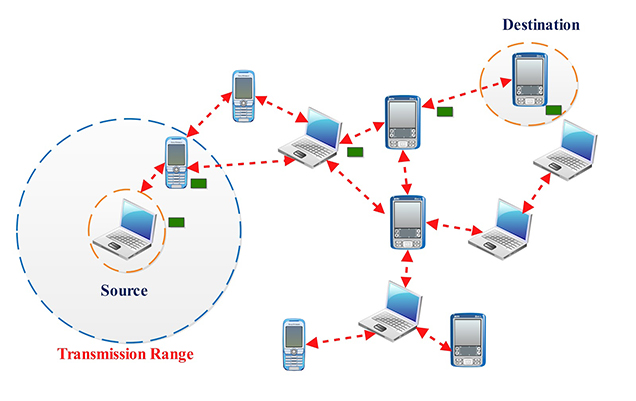 MANET is a good thesis topic if you are from the networking field. Thesis guidance agencies will recommend this topic for thesis as it is the latest trend in the field of networking and they will provide thesis help in this new field. In MANET, the devices connected have the ability to move freely in any direction and they can change link with other devices. Following are the types of Mobile ad hoc Networks:

In MANET, each node function as the source, sink, and router. The nodes transfer packets to other nodes for communication. The nodes find optimal path for transferring packets for easy communication. Mobile ad hoc Network has the following advantages:

MANET has some drawbacks also which are as follows:

One can study MANET by using various simulation tools like OPNET, NetSim, NS2, OMNeTT etc. This is a very good topic for the thesis. Thesis help for this topic can be taken from thesis guidance agencies who will guide the students in detail about Mobile ad hoc Network.

MANET is a good choice for the thesis in the field of wireless communication for M.Tech and Ph.D. students. Masters students can choose any one good topic for their thesis or research. Following is the list of topics in Mobile ad hoc Network(MANET) for project, research, and thesis:

Techsparks provide help for thesis and research in MANET to M.Tech and Ph.D. students. You can contact us for any type of assistance and guidance related to this field.