Artificial Intelligence as an M.Tech thesis topic for CSE 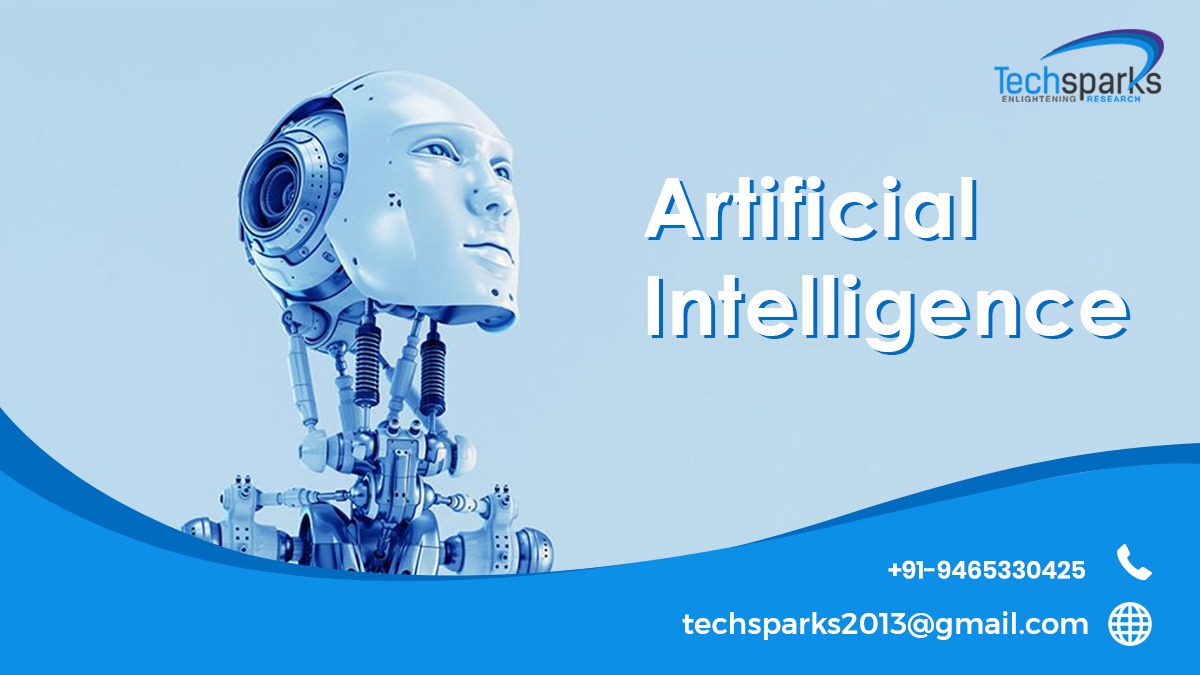 Artificial Intelligence is the latest trending field in computer science. This technology aims to create such machines that can act, work and think like human beings. The idea of artificial intelligence is achieved by deep research and study on how the human brain thinks, work and make decisions while solving computational problems. The result of this study is the base of artificial intelligence. Artificial Intelligence is a good topic for an M.Tech or Ph.D. thesis. Apart from an M.Tech thesis, this topic can also be chosen for computer science projects and seminars. There are several good topics in artificial intelligence for thesis and research. Many of the students are not aware of this relatively new field. You can choose this field as your M.Tech thesis topic. If you really want to choose this field, then here is the beginner’s guide for you.

What is Artificial Intelligence? 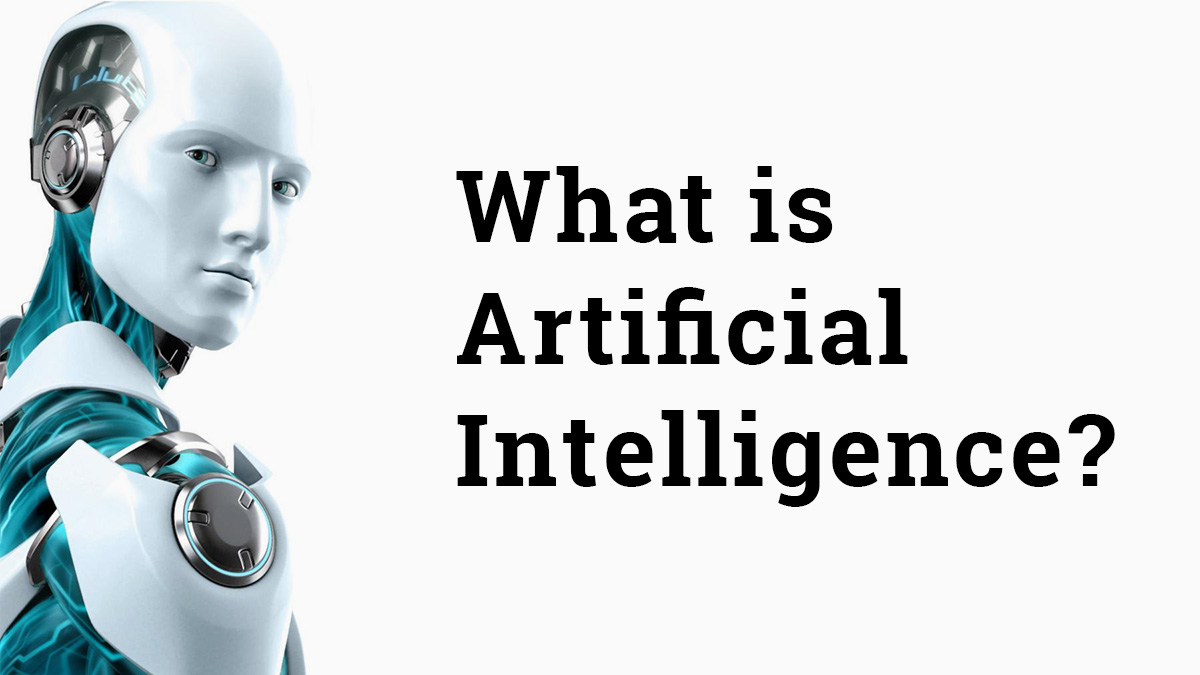 Following are the types of artificial intelligence implemented:

An expert system is a powerful system that imitates the human behavior like decision making, reasoning. Expert System solve complex problems using the concept of if-then rules. It consists of the following elements:

Fuzzy Logic is a concept of reasoning similar to human reasoning. It emulates the way human make decisions involving possibilities of YES/NO or True/False. In this system, a logical block takes an input and produces a definite output in the form of True or False. The fuzzy system works on possibilities. The Fuzzy Logic system has four main parts:

Artificial Neural Networks imitates the real neural network of human beings. In simple terms, Artificial Neural Network(ANN) mimics the working of the human brain. A human brain consists of millions of nerve cells known as neurons. These neurons are connected to other neurons by the axon. The dendrites accept stimuli from the external environment and produce electrical impulse. One neuron can send information to other neurons.

In ANN, different nodes imitate biological neurons. The nodes are connected to each other by links for interaction. A node accepts input data and performs operations on it to produce an output known as node value. A particular weight is associated with each link.

Robotics is a branch of artificial intelligence that deals with the creation of intelligent and systematic agents known as robots. A robot is an artificial agent that works in the real-world environment by perceiving its surroundings. A robot can see by employing the concept of computer vision. Through computer vision, a robot can extract valuable information from a single picture. The main aim of robotics is to minimize the manpower employed in manufacturing and construction. Robots take input in the form of analog signals like speech and images. Components of a robot are:

These were the types of artificial intelligence systems.

Natural Language Processing is based on the following steps:

Agents and environments in Artificial Intelligence

Following are the types of environment:

It is also known as a belief network and belong to the class of probabilistic graphical models. In the Bayesian Network, there are nodes and edges. A node represents a random variable while edges represent the probabilistic dependencies between other nodes. Bayesian network is based on inference and learning. It is a type of Directed Acyclic Graph(DAG).

There are various applications of Artificial Intelligence. It finds its application in the following areas:

Following are some of the real-life examples of artificial intelligence:

This was just the basic introduction of artificial intelligence. It is a vast field and this is just a pinch of it. It is a good area of exploration and a good choice for M.Tech thesis topic along with projects and seminars. Just go for it and make a good thesis report.

Latest Topics in Artificial Intelligence for research and thesis

Following is the list of current hot topics in Artificial Intelligence for thesis, research, and project:

Deep Learning is a subfield of Machine Learning that uses machine learning algorithms for data representation. Deep Learning is employed in deep neural networks, deep belief network, and recurrent neural networks and finds its application in computer vision, speech recognition, drug discovery, natural language processing, and bioinformatics. It is a hot topic for project and thesis in artificial intelligence. All the models of deep learning are based on the concept of artificial neural networks. There are algorithms designed to implement the concept of deep learning in different tasks.

Robotics is a branch of the field which is a mixture of mechanical, electrical, and computer science engineering and uses machine learning algorithms for designing and working with robots. Robots are replacing the manpower in industries for construction and manufacturing. The application of robotics includes military robots, agriculture robots, domestic robots etc. It is an interesting topic in artificial intelligence for research purpose. There are various components employed to create a robot. In the near future, robots will replace everything where human force is required. Robotics brings together different fields of science and technology.

Reinforcement Learning is a part of Artificial Intelligence that determines how an agent should act in an environment in order to maximize its performance. There are various algorithms designed for this purpose. It is different from supervised and unsupervised learning. It is also a very good topic for thesis and research. Using reinforcement learning, a machine can learn from its behavior in the environment. Techniques like Decision Trees and Neural Networks are used to solve complex problems using reinforcement learning.

Artificial Neural Network imitates the working of a human brain. The nodes represent the biological neuron. The nodes are linked with each other with a value assigned to each node known as node value. The learning strategies in artificial neural networks are supervised learning, unsupervised learning and reinforcement learning. Feed Forward and Feedback are the two types of artificial neural network Topologies.

Expert System is a good area for research in artificial intelligence. Expert Systems solve complex computational problems. The main components of an expert system are Knowledge Base, Inference Engine, and User Interface. The knowledge base can be Factual and Heuristic. Forward chaining is also used in expert systems.

Fuzzy Systems produce a definite output for an indefinite input through fuzzy logic. Fuzzy Logic is a method of reasoning resembling human reasoning. Fuzzy Logic makes decisions in the form of Yes or No. The fuzzy system architecture includes the Fuzzification module, defuzzification module, knowledge base, and the inference engine. The concept of fuzzy logic is used in the commercial and practical purposes. There are membership functions used in the fuzzy systems.

Computer Vision is a part of artificial intelligence that deals with making computers understand the digital images and videos. It is an important research and thesis area in artificial intelligence. The main tasks performed in computer vision are visualizing, acquiring, and analyzing. Useful information is extracted from the images which are analyzed later on. The main applications of computer vision are object recognition, motion sensing, image restoration, augmented reality, forensics, and pose estimation.

Biometrics is a scientific authentication method used for identification and access control. It is a hot topic in artificial intelligence for thesis and research. The word biometrics is made up of two words bio means life and metrics mean to measure. Biometric systems have a lot of applications in corporate as well as public sectors to verify the identity of a person. Biometric systems are categorized on the basis of physiological characteristics and behavioral characteristics.

It is a field that deals with the study of a large set of biological data with methods like analytical, mathematical, and simulation. Artificial Intelligence has played a major role in the development of computational biology. It has a number of applications especially in studying the sequence and structure of biological molecules. It is also used in genetic evolution and spatial modeling. Computational biology is a very broad field used for different type of environmental data. Different methods used in computational biology for computation include complexity theory, machine learning, and robotics.